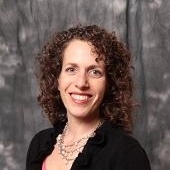 Originally from Connecticut,  Sheri began working in the financial services industry in 1989 in the world headquarter office of Merrill Lynch in the World Financial Center in Manhattan.  She left Wall Street in 1995 and moved to Northern California, landing in Tiburon in 1996, and Mill Valley in 2004.

Sheri graduated Boston University with a Bachelor of Science in Mass Commiunication.  She received her Chartered Financial Consultant and Chartered Life Underwriter professional designations from the American College.

She can often be found hiking and playing ball in Mill Valley with her labradoodle Ruby.  Other passions include swimming, going to the gym and giving back to the community at volunteer events.